An Excerpt from Yokohama Gaijin

On May 29, 1945, 450 B-29s from the Marianas, escorted by about 150 P-51 Mustangs from Iwo Jima, attacked Yokohama with 3,200 tons of incendiary bombs. Nine square miles of Yokohama were literally wiped out, including the Sagiyama Ridge neighborhood where my family lived. The air raid warnings sounded, and we rushed to a nearby cave that had been converted to a bomb shelter. My older brother Konstantin, who was fifteen, was not with us, but my parents assumed he had found a safe place.

I recall how hot and uncomfortable it was in the shelter, with sparks flying all over. When we were allowed to leave, we witnessed the inferno, which was like an earthly hell. Everything was burning, some of the fires reaching five stories high. As my family and I walked down the steps from the shelter, I saw some Japanese folks sitting nearby. I soon realized they were dead. The smell of burning flesh permeated the whole area, and it appeared eerily quiet.

Our house had taken a direct hit. My brother had not found a safe place; believing it was another false alarm, he had gotten under his bed. Konstantin was killed instantly, a horrible tragedy for everyone in my family.

May 29, 1945, is forever etched in my mind, even today, sixty-five years later. When I hear a plane aloft in the middle of the night, I immediately wake up and, for a few seconds, relive the fear of that attack all over again. It is my first vivid memory as a child of four. 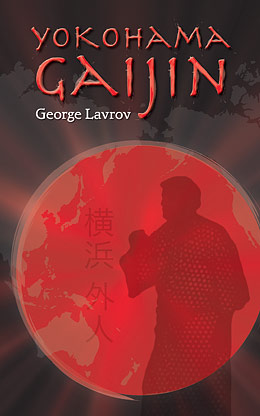